What: MantHunterX
Who: Me and Anyone who joins
Where: On The internet
Why: Great concept that I just invented

Object Of The Site:
Okay, so three hundred years ago.(The Year being 2500) A race of demonic creatures came to the earth to enslave humanity, these pure breeds were called Zalt's. When the Zalt's failed at enslaving humanity because of the hero Goliath, they resorted in taking home slaves from our planet and mating with them. The Zalt`s were a dying breed, that is why they need our planet to mate. Basically they found a planet to mate on and instead of mating with each other, they mated with humans, creating two life forms. If the mother was a Zalt it would have been a Articular, primarily used as Zalt slaves now, if a human mother, it would be a Mant, the last hope for the Zalt race.

On the visit 300 hundred years ago they managed to blow mostly everything up and even three hundred years later most of the worlds large and small countries are third world. The last countries standing are Canush(Canada and the Artic merged during impact), Russia, and Orapan(All the asian countries had merged. There are two wastelands known as America and South Arabia, but they are uninhabitant besides the MantHunter`s.

Now the Mant`s came back to try to take over again. They take human form and can release into their more demonic forms at their own will. The MantHunter`s were blessed with the powers of Goliath though.

Join And Join The Hunt 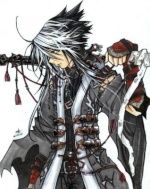 can i be a admin, this sounds like a great idea but what are the things abiltys

is there a section for that on the site? i cant join admins becuase its a closed group you can add peaple mannyaly

I meant actually register your character, like fill the application


May i be the Manthunter leader?

Thats what my character is right now, eventually he'll go rogue and you can be the leader though

ok i was also thinking about, the abilitys should be in more detail and i was your assitant and they were close friends

are manthunters robots? i thought they were humans that are stronger then normal humans

they are humans. Faita was genetically created though, using gene splicing to have the powers of a Mant hidden but remain a MantHunter as well